We’ve just come home after hosting the nation’s very first Botathon, a hackathon for building conversational bots, in Bengaluru. A 2-day long event with 43 teams full of talented individuals competing to showcase their incredibly creative ideas of using a chat interface to empower their users – is exactly what we had wanted & expected and the Botathon didn’t disappoint!

Heading into the Botathon, we had received an overwhelming response for the event with 400+ applications for participation from over 10 cities across the country – with some truly amazing ideas ranging from an educational bot that will help students go through their engineering course material to a bot which empowers farmers by giving them access to various irrigation techniques basis recent soil tests in the region and reports by the government while giving them real time weather updates etc.

As excited as we were to be hosting such a phenomenal group of developers looking to change the way we go through our daily lives in every which way possible, what excited us even further was the participation of a certain 72-year-old gentleman – who stayed in and coded till the very end of the 2-day event! We are truly honoured to have been able to host someone as dedicated as him at this event.

On the first day of the event – within the first two hours of starting registrations, we already had a spectacular turnout and a full house considering it was early in the morning on a Saturday. People were coming in from all over the country – Hyderabad, Jaipur, Delhi, Mumbai, Chennai, etc.

The energy in the house was absolutely amazing! People from all walks of life – some working at big companies like Microsoft and IBM to early stage tech entrepreneurs to those working in start-ups – we had a spectacular pool of talent coming in for the Botathon.

Of the 43 teams that got selected for the event, we had a lot of two-three people teams and some lone rangers who coded their way till the very end of Sunday.

There were some truly amazing ideas looking to shake up nearly every industry there is. Some of the ideas are –

And these are only a few of the fantastic ideas that we’ve received.

Post the initial set up, we had great team of mentors going around guiding all the teams in the right direction and helping them focus on the core of the problem.

Keeping the energy alive all weekend long, most of the people stayed overnight to hack out their bots. In fact, this stunning display of dedication and focus from the participants had everyone, including our prolific panel of judges, startled with the sheer amount of work they had gotten done in just 24 hours under a single roof!

On Sunday afternoon – out of the 43 teams, 10 were shortlisted by the mentors to demo their products in front of the panel of judges.

After receiving some fascinating demos from the top 10 teams – the panel after long deliberation finally announced the winners of the Botathon:

The duo of Swarndeep S Arora and Anshuman Dhamoon took the top prize with their bot that helps its users keep a track of their fitness goals and motivates them to achieve them by analysing their daily calorie intake and suggesting appropriate diet and workout regime.

Rohin Gopalakrishnan & Arvind Kumar won the hearts of the judges and everyone around them with their focus on customer experience. Their Facebook Messenger bot – BroTender aims to automate and simplify customer interaction at bars and restaurants without the need for the long waits for waiters and bartenders to take the orders. A user can ask the bot for the menu or have it recommend one based on personalized taste in a restaurant. The bot also keeps a track of the user’s favorite meal from a previous order, splits payments with friends and will pay off the bill from the wallet integrated within.

Ganessh Kumar R P & Arvind Thangamani grabbed the 3rd place at the Botathon with their incredibly simple idea for a slack bot(DJ) for the team, using which any team member can request for the song and it plays it for the team. As requests keep coming in, it queues them. the bot also accepts controls like ‘next’, ‘pause’, ‘clear playlist’ to operate on the playlist. Using machine learning to further enhance the experience, the bot also suggests songs to the team based on the songs played thus far.

A note from our CTO & Keynote Speaker at the event – Swapan Rajdev:

As the designated in-house mentor, I had the opportunity of not just listening to the top three ideas as decided by the judges, but also of going around individually talking to each of the participants at the event. I had the best of time talking to these extremely talented folks and their dedication towards the cause has given me a sense of hope and pride for the industry I’ve dedicated my life to. I sincerely hope that the participants keep pursing their bot ideas as a lot of them are very useful in the real world. Even though the event is over, I would still love to hear from the people at the botathon about how they are building bots and I am happy to help in any way possible. 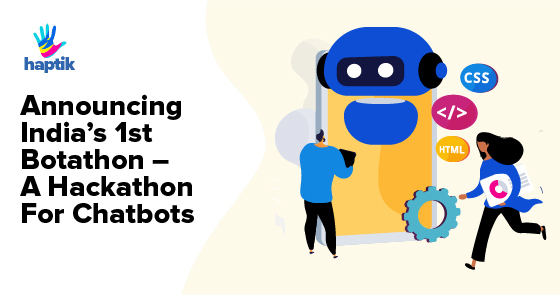 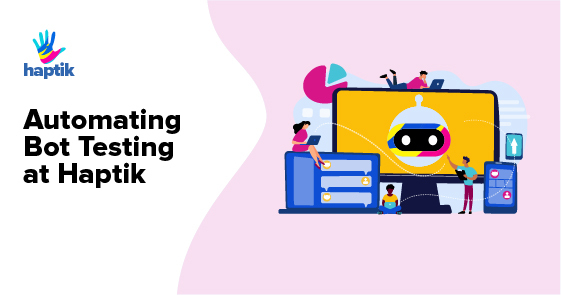