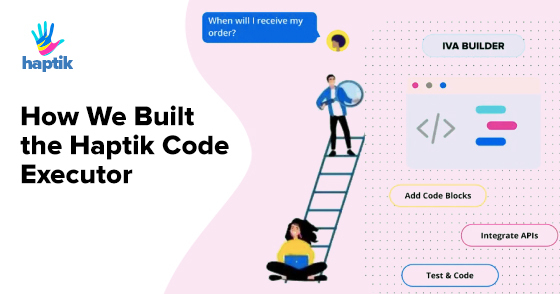 Virtual Assistants built today are expected to not just help with frequently asked questions but actually furnish end to end query resolution. In order to be able to provide a holistic & unified experience to end-users, virtual assistants need to be able to carry out these tasks instead of guiding the user or providing a DIY manual.

To support the execution of such activities, Virtual Assistants require deep integrations with multiple systems & tools. The user’s intent triggers a flurry of activities in the background which are executed by the virtual assistant in real-time.

Integrating APIs is a time consuming and yet unavoidable activity in the process of building virtual assistants. Integrating these APIs also required to follow a full SDLC (Software Development Life Cycle).

At Haptik, we soon realized that one of the biggest bottlenecks the bot developers faced was the requirement of infrastructure to run code that could integrate these APIs into the IVA.

We spent the next 3-4 days in research and came up with a working solution of overcoming these problems. We wanted to find out ways to overcome this bottleneck while still maintaining proper logging, error handling, and reducing the time and effort.

FAAS – Functions as a Service is something what we wanted to build out and integrate.

Below is all the Research we conducted and how we finally ended up building the solution. Some of the paragraphs in the blog would also show how we were thinking about each and every phase etc.

This particular project was divided into 7 major parts:

1. Identifying the backend tool to execute the code.

2. We would go ahead with already available tools or services in the first phase, with refactoring and improvements in V2.

3. Identifying API contracts for this microservice (It ended up being a nano-service).

4. Move existing code in our Integration repository to this setup via backend with the help of our Implementation team.

6. Make it easy to add and maintain libraries

7. Returning an API endpoint which will run on certain triggers during IVA flow

8. Making this process simple even for a non-developer.

We came up with 7 possible solutions.

We will start with solution 2-7 and then come to solution 1 which we in the end also locked down on.

The below tools are actually amazing to solve many use-cases. In this particular scenario did not suit our use-cases.

This is AWS’s Cloud code Editor solution where you can collaborate on writing code and finally deploy the code as an API Gateway Endpoint, which can be put directly into our Dialog Builder tool while building an IVA.

Pros
Simple to use

OpenWhisk is an Apache Incubator Project. Below is based on when we were researching.

If you want more details around OpenWhisk, do mention in the comments, or connect with me. I would be happy to share more details.

We got a prototype of this up and running and got 20 sample functions running as an API as well.

Fission is a framework for serverless functions on Kubernetes – Add Link.
This was another open-source solution that was being used by the community. It had a great UI and made management easier as well. The cons were similar to OpenWhisk on the management side.

OpenFaaS is Kubernetes-native and uses Deployments, Services, and Secrets. For more detail check out the “faas-netes” repository.

1. With UI
2. Available as a Managed service OTB – Costs higher

Kubeless is a Kubernetes-native serverless framework that lets you deploy small bits of code (functions) without having to worry about the underlying infrastructure.
According to them, they are better than Fission and OpenWhisk.

Again similar Pros and cons like other tools we discussed above. Finally, we dropped it.

Containers could be used with ECS task scheduling which is triggered when API call is done, OR by keeping the task running at all times. However, this defeats the purpose of going serverless, so we dropped this idea as well.

And now for the Final Solution and the solution which was the first we came up with:

We finally chose to go ahead with the AWS Lambda, API Gateway based Hybrid solution. We have already done most of the research here and things seem to be working.

The way this would work is:

We divided the project into 2 major phases. The first phase was the Rollout with the basics of code execution. The second phase was to integrate without Dialogue Builder so that any IVA builder could easily use this and view logs for the same.

Outcome: Should be able to write an integration function and execute it on a FAAS. No versioning will be supported in V1.


We really wanted to get v1 for code executor up and running within a few days. So for this, we discussed that we should go with a more cloud agnostic open-source method but on further evaluation, we realized that handling deployment for these open-source options is quite complex to get started with. This is a process that is typically done by companies like IBM which have very large teams.
And also the open-source methods sometimes lead to management overhead.

The major change was that we deployed the backend for this code executor pipeline in a separate repo as a separate nano-service.

This was a Django project and could be deployed on any cloud platform later in a scalable way. The repo mostly contains all Boto3 code and some pseudocode which we took reference from a couple of places which saved us some time.

The deployment solution for this service is a Hybrid one. We planned to deploy this on AWS itself and also test it out on Azure on-the-side. We are on our Journey to migrate lot of our Workloads to Azure so we wanted to try out how this would work in an Azure specific setup.
(Later in version 2/version 3 we can try and move to Azure Functions etc. Python3 support was in Beta on Azure Functions that time)

Also, later if we were to move to open-source methods, we can directly make changes in this service itself while still maintaining the API contracts our Bot Builder was expecting.

The whole idea is to get V1 out there ASAP.

Some Problems that we faced

Some additional changes we made:

Dropped usage of API Gateway
Instead of executing the API Gateway, using restricted AWS credentials, we build functionality to trigger the Lambda function directly, and this way we never had to expose any public/ private endpoint. The function name was anyways available to us in our IVA/Dialogue builder tool.

Support to make Lambda functions run within the VPC

Earlier all functions were executed outside the VPC and whitelisting for the outgoing IP via NAT could be done. Running within VPC has some cold start issues but things have been working fine so far, and creating functions inside VPC is optional.

1. We have over 5000+ code executor blocks in our IVA builder and all run at scale without any intervention from our Engineering teams.
2. A few $$s spent for millions of executions per month.
3. Accessible for our cloud Agnostic platform deployments on Azure too
4. We are planning to add more security-related features and easier ways to add more packages and support even more frameworks in the future.


See the code executor in action & how we have productized this further here.

Further, I wanted to thank @viraj-anchan for his valuable contribution to this Project.

How We Simplified API Testing At Haptik

CustomType, An Android Library For The Typography Enthusiast 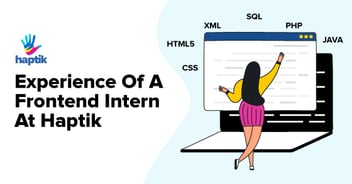 Experience Of A Frontend Intern At Haptik

How Haptik Carried Out Their Largest Python 3 Migration 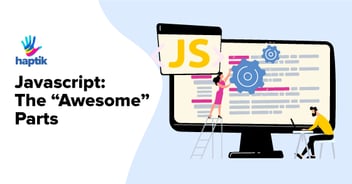 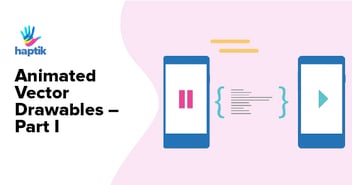 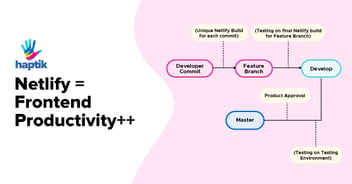 Testing Challenges In An Agile Environment 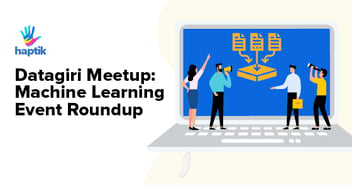 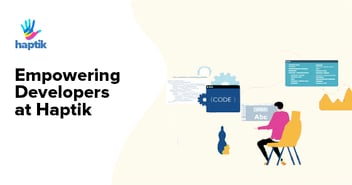 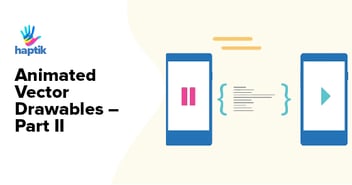 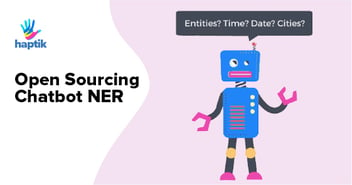 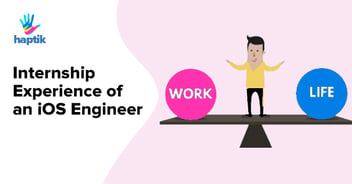 Internship Experience Of An iOS Engineer

Setting Up a RabbitMQ Cluster & Failover

Finite State Machines To The Rescue! 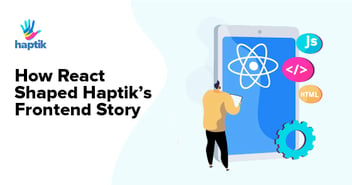 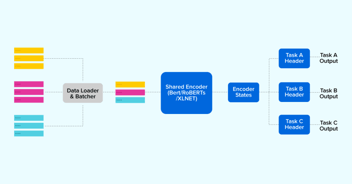 How To Save AWS Costs Using Spotinst 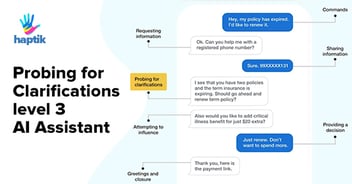 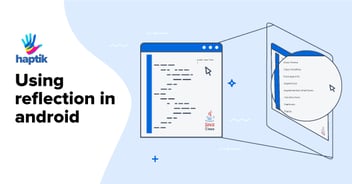 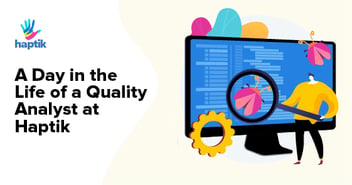 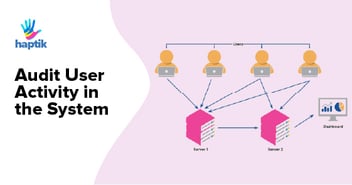 Audit User Activity in the System 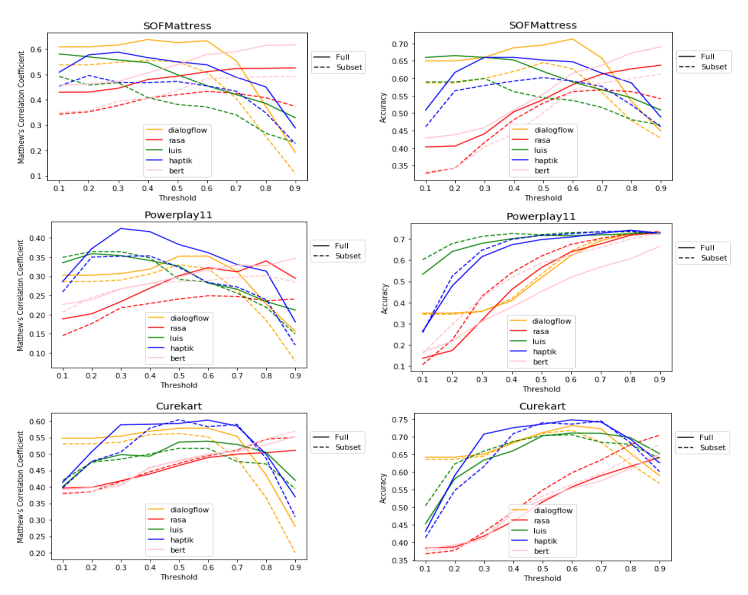 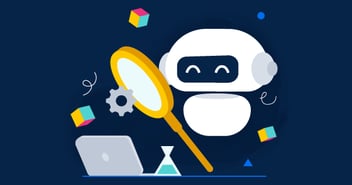 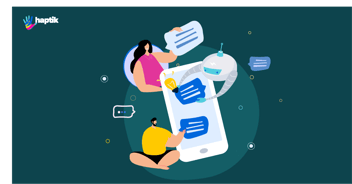