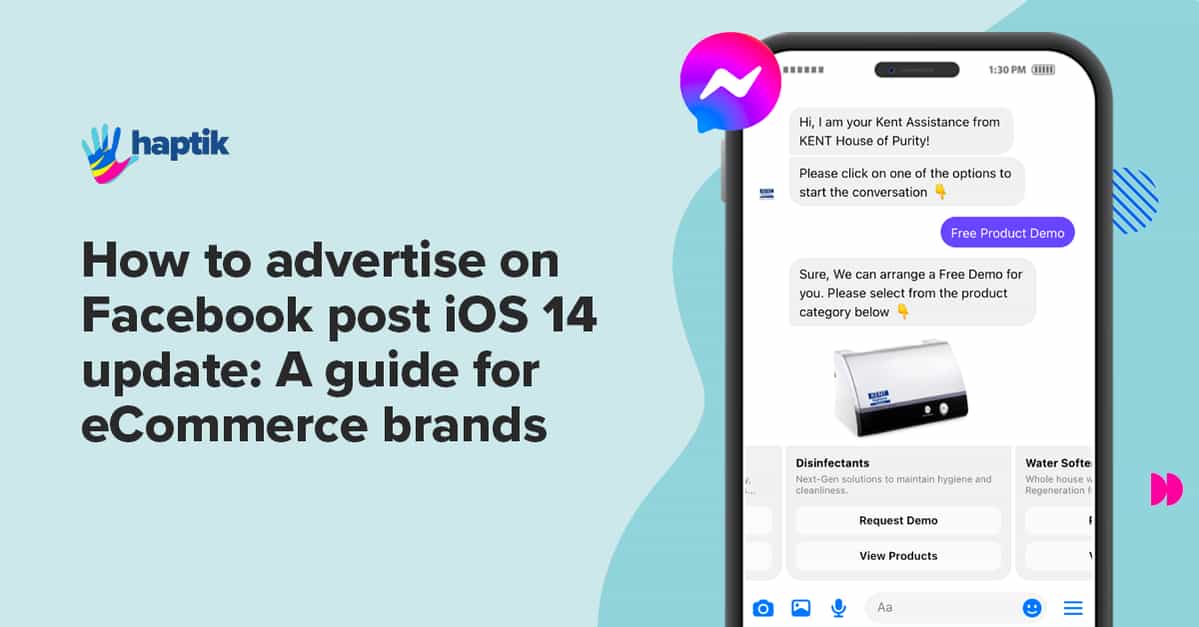 Facebook's Algorithm vs. The iOS-14 Update

Change, even for the better, often comes with a bit of discomfort. Apple's iOS-14 Update was a positive change for digital privacy. It marked a shift that continues to evolve beyond the walls of both Apple and Facebook - with Google promising to eliminate third-party cookies in favor of Topics by 2023. Unfortunately, Facebook wasn't ready for an increasingly private digital world, which only exaggerated its discomfort. Advertisers, and e-Commerce brands alike, quickly realized that the platform could not consistently attribute conversions to ad spending.

From early 2012 through to March 2020, Facebook relied on tracking its users from App to App, website to website. It was a strategy that promised to deliver relevant ads to its users based on their internet usage (not just within the Facebook platform), and it worked. E-Commerce brands and advertisers continued to invest more and more of their ad budgets into Facebook each year, and the platform experienced record-breaking growth year over year. At the start of 2021, Facebook had a market cap of $935.64 B, a 20% increase YOY.

Apple's iOS-14 Update ended all of that by allowing its users to opt out of such tracking from all Apps, including Facebook. By increasing their user's digital privacy, Apple eliminated Facebook's ability to track its users once they left Mark Zuckerberg's walled garden, which had a massive impact on proving the efficacy of Facebook ad campaigns.

Considering that iOS users account for almost 60% of the mobile market in the US alone and that over 90% of those users have opted out of allowing advertisers to track them, it's easy to see why. Retargeting audiences - not to mention prospecting audiences reliant on retargeting data - shrank along with the ability to understand what actions an iOS user took once they left Facebook. After all, if an opted-out iOS user leaves Facebook and is untraceable from that point forward, it's difficult for the platform to accurately attribute any user action (let alone a purchase) back to the original ad and user - and once Facebook's adjusted attribution model (7-day click, 1-day view) expires, it's impossible.

Interestingly enough, that didn't necessarily mean that Facebook's ads were less effective all of a sudden or that its users were less responsive to advertising on the platform. It simply meant that Facebook could not prove that it was still an effective marketing tool.

But, guess what? It still is.

As digital privacy continues to evolve, advertisers and e-Commerce brands are forced to be more thoughtful about their targeting, attribution, and how they speak to their potential customers.

As iOS-14 adoption rates rose (along with users opting out of ad tracking) throughout 2021, advertisers and e-Commerce brands started to see their Facebook Pixel retargeting audiences diminish by around 60%. That's a significant number and one that doesn't fully display the effect of Apple's privacy update. For example, suppose Google Analytics data showed that 80% of your audience was using an iOS device (pre-March 2020). In that case, you could now be facing a reality in which your traceable retargeting audience has diminished by as much as 80%.

Compounding this issue further, the ability to seed lookalike (LAL) audiences from website retargeting audiences were affected drastically. This is the low-hanging fruit that marketers used to rely on to produce Prospecting LAL campaigns that drove ROASs north of 200%. But, now that the Facebook Pixel cannot track iOS user actions while on your site, Facebook can no longer identify that user or any like-minded cohorts. If your audience was ripe with iOS users before the iOS-14 Update, and you used those audiences to seed your LALs, you've seen a significant decrease in the size and efficacy of those audiences.

What does all this mean for marketers and e-Commerce brands? Basically, there is now very little use in LALs seeded from Facebook Pixel-based audiences. And, with the demise of Pixel-based iOS Retargeting audiences, those iOS users can now only be knowingly marketed to at the Prospecting level - even if the user knows who your brand is, has visited your website, added something to their cart, and perhaps even purchased a product… unless you've been utilizing 1st-party data, that is.

While 1st-party data has always provided incredible value for both advertisers and brands, we might just be entering its Golden Age. It's never been more important to know (and understand) your audience, and valuable 1st-party data provides insight into who your customer is and who your future customer might be. With 1st party data, you can:

There's no denying the importance of 1st-party data in a private digital world, but it doesn't solve all of our problems. For example, what other methods can marketers employ to ensure accurate attribution of their efforts on Facebook if the platform cannot correctly (and consistently) attribute a large portion of their user's conversions to a brand's ad spend?

Facebook initially developed this product to monitor the efficacy of conversions made outside the digital world (housing, auto, restaurants, etc.). It's essentially a feedback loop based on the ability to take customer information that can be sent to Facebook (read: Meta) and match that data with users on the company's various platforms. Once a match is found, the platform will look back at every ad that the user has been served over the last 90 days. And, if that user viewed or clicked on one of your e-commerce brand's ads before the conversion took place (and the timing of the user's actions is within the attribution window the ad is set to), the platform will attribute the conversion action to the ad that was viewed or engaged with.

To maintain the most recent (and accurate) data, your e-commerce brand will want to upload its information to Meta quite frequently. The most valuable information to share with Meta is email addresses and phone numbers. This will allow you to attribute conversions from your ad spend more easily that may have been missed from the pixel and Conversions API.

From 2021 to 2022, Facebook (read: Meta) lost 4% of its market cap or close to $40 B of its worth. The primary reason? You guessed it, Apple's iOS-14 Update. As marketers and brands struggled to attribute the effectiveness of their work, Facebook ad budgets began to shrink. Naturally, this negatively affected Meta's bottom line, but it also provided a significant opportunity for savvy marketers.

Historical data displays the effect of an e-commerce brand's overall ad spend relative to the brand's bottom line over an extended period of time. As we know, and even before iOS-14, it was never possible to truly attribute ad spend from Facebook to every possible Facebook-led conversion. Facebook would over-report, Google Analytics would under-report - and if your customer had multiple touchpoints (most do, in all industries), then every platform was vying for credit. However, we know that Facebook ads drive awareness, traffic (even if untraceable now), and revenue, which become increasingly evident when looking at Historical Data and, more specifically, at the most crucial metric in such a report - Halo ROAS.

Halo ROAS displays the effectiveness of an e-Commerce brand's ad spend on total revenue earned  -  not just the revenue driven by ad spend. A brand's ad spend supports all other channels (paid/organic, online/offline) throughout the user's purchase journey (and multiple touchpoints), so it's important to measure that spend against what is truly affecting - your brand's overall revenue.

Aligning the Values of Consumers and Your Brand

Please don't call it a comeback because branding has been here for years. Unfortunately, it took a back seat to efforts where brands fervently chased potential customers around the internet in what was just an attempt to bug users for purchases. Now, branding is back, and it's here to stay.

Your brand is the bridge between the products you sell and your potential customers. Branding is the relentless pursuit of aligning your brand's identity, values, and personality with your target audience via bespoke brand communication. When 71% of your potential audience (83% of millennials!) prefers to purchase from companies aligned with their values, it's critical to align on those values and speak to them effectively throughout all communications.

E-Commerce is as competitive as it's ever been, and for any brand to stand out in a sea of sameness, leaning into its values and the value it brings to its consumers is the quickest and easiest way to earn brand love… and revenue.

Change is inevitable and uncomfortable, but it doesn't have to be bad. With every change comes an opportunity to try something new (think: offline conversions) or even try something you haven't tried for a while. This isn't the end of Meta, it's just a setback and one your brand can use to set up its comeback.

adQuadrant, our strategic partner, is here to help you get your Facebook marketing back on track, so reach out and get started. 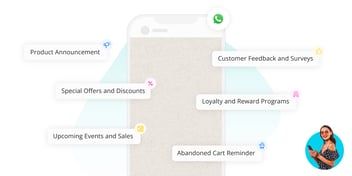 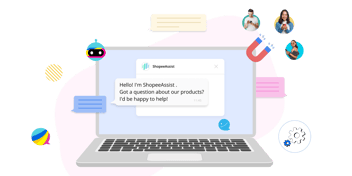 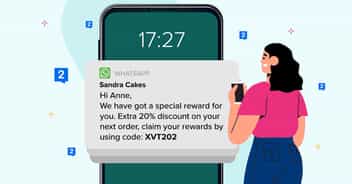 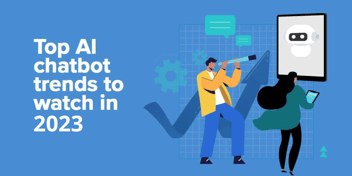